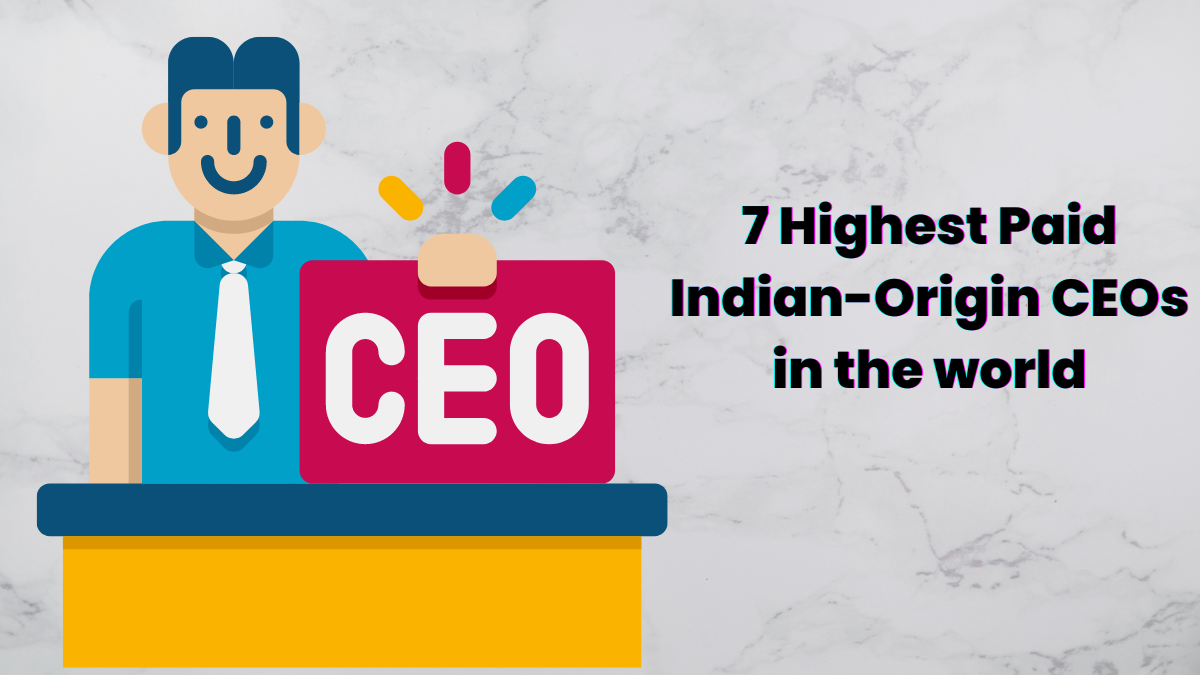 You’ll be surprised to find how many Indian-origin CEOs are leading the world’s biggest companies today. These are people who have paved their way in different and non-native countries despite all the odds being stacked against them.

Inspiring the world as they have made their way to the top, they are now important and influential people in the Silicon Valley. One of the seven CEOs listed below has even won the Padma Shree award.

Kurian, aged 60, joined Google Cloud in 2018, and in just two years, reached his current status as the richest Indian CEO in the world, with a net worth of INR 11,300 crore as of 2022. Kurian was born and brought up in Kerala, India, and was said to be exceptional in his studies. Due to his excellence, he received a partial scholarship from Princeton University, which began his career.

Ullal, aged 59, is the CEO of Arista Networks. She graduated with a degree in electrical engineering from San Francisco State University and an engineering management degree from Santa Clara University.

She has achieved much in her career, including receiving the Entrepreneurial and Leadership Award from the Silicon Valley in India and being labelled as the Most Influential Asian Woman in America. Ullal has a net worth of approximately INR 9100 crores as of 2022. She is truly an inspiration to women all across Asia, making it to the big leagues in a man’s world.

Nadella, aged 53, is the CEO of Microsoft and has a net worth of INR 5,900 crores as of 2022, and has been credited for taking Microsoft to a new height. He graduated with a Bachelor’s in Electrical Engineering from Mesra and Manipal Institute of Technology. He also studied computer science at the University of Wisconsin, Milwaukee.

Nadella was named the Person of the Year in 2018 by Financial Times and the Global Indian Business Icon by CNBC in 2022.

Arora, aged 52, served in many leading positions in different companies, some of which included Google and SoftBank, before he joined Palo Alto Networks as the CEO in 2018. His net worth is currently INR 6,500 crores. Arora graduated from the Indian Institute of Technology (BHU) Varanasi with a Bachelor’s Degree. He earned his MBA from Northeastern University in Boston, Massachusetts.

Pichai, aged 48, is the CEO of Alphabet Inc., which is the parent company of the most used search engine in the world, Google, with a net worth of INR 5900 crores as of 2022. Pichai was born in Madras, India and completed his degree at IIT Kharagpur. A fun and shocking fact about Pichai is that he earns INR 5.87 crore every day. Sundar Pichai net worth is $600 Million.

In 2018, he was labelled as the Global Indian of the Year by The Economic Times of India. In 2019, this inspirational man received a Padma Shree award.

Noronha, aged 45, was born and brought up in Mumbai. He secured his management degree from the Narsee Monjee Institute of Management Studios. He then joined Hindustan Unilever, which was a fast-moving consumer firm. This job experience gave him the push he needed to be able to join DMart, of which he is the current CEO. As of 2022, Noronha has a net worth of 3200 crores.

The above-mentioned names have faced incredible challenges, having to stand against foreigners who think themselves more capable. Their knees didn’t buckle under the pressure of a new and non-native country, and now they are an inspiration to the 7.9 billion Indians aspiring to also reach new heights. Every single one of them is proof that anything is possible if one simply works hard enough.