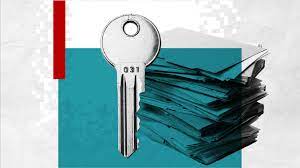 INTRODUCTION Just like normal people, the world’s mega-rich and powerful people do not enjoy paying taxes. But unlike normal people, these mega-rich people can do something about it. And now, a huge leak of private, confidential documents is revealing just how good at it they are. The Pandora papers, a result of the largest media collaboration of 140 companies that have ever been mounted with the help of the International Consortium of Investigative Journalists.

A massive investigation of millions of leaked documents from offshore bank accounts detailing how some of the world’s wealthy hide their asses from authorities and tax collectors. It’s a bombshell report of the biggest leak of offshore banking data in history. An International Collection of Journalists scouring over a total of 11.9 billion documents from 14 separate legal and financial firms all, which the group said offered “a sweeping look at an industry that helps the world’s ultrawealthy, powerful government officials, world leaders, elites and hundreds of politicians from Asia and the Middle East to Latin America conceal trillions of dollars from tax authorities and prosecutors and others.” The Pandora papers expose instances of potential laundering such as money laundering, round-tripping, parking of black money, etc. According to the documents, many of the bank accounts used were registered in the well-known tax havens of the world like the British Virgin Islands, Hong Kong and Belize.

A large number of companies were found registered in some parts of the US, the most favourable one being south Dakota. South Dakota's privacy and asset protection laws have made it more favoured by Chinese and Russian billionaires to hide their wealth. South Dakota is the main reason behind the US second position after Caymen Islands in tax Justice networks financial secrecy index.

India as well does not seem to lose the race of tax evasion. More than 350 Indian billionaire names including Sachin Tendulkar, Anil Ambani, Jacky Shroff have been coming up. In India’s legal perspective, there is no particular definition of “shell companies” in any company legislation of India, be it the Companies Act 2013 or even Companies Act 1956, the same was observed in Assam Co. India Ltd. v. Union of India (AIR 2019). However, the High Court attempted to define the same, it held that shell companies are those companies in which they have a nominal existence. It held that a shell company is not a company that should be viewed negatively. It is only when these companies are used for the sake of manoeuvring profits or for tax evasion which results in the attraction of relevant sections of Companies Act, 2013, Income Tax Act, 1961, Prevention of Money Laundering Act, 2002 or Prohibition of Benami Transactions Act, 2016.

The mechanism to tackle shell companies falls within the purview of Section 248 of the Act. Under section 248 (1)(c) of the Act, “ (c) Where the Registrar has reasonable cause to believe that a company is not carrying on any business or operation for a period of two immediately preceding financial years and has not made any application within such period for obtaining the status of a dormant company under section 455, he shall send a notice to the company...of his intention to remove the name of the company from the register of companies and requesting them to send their representations along with copies of the relevant documents, if any, within thirty days from the date of the notice.”

Through a careful examination of the subsections of sec 248, it is figurative through the rare instances of registrar striking down the companies and the subsequent rarity in appeals to courts in the past, the word ‘business’ and ‘operations’ used in sec 248 appears to be vague, ambiguous and indefinite. Although the Calcutta High Court has given certain indications of what constitutes "operations", shell companies can circumvent these indications.

For instance, the condition of filing balance sheets and returns is through their manipulations that such companies can engage in illicit finance. Moreover, Section 248(1)(c) used the words “a company not carrying on any business or operation”, thus giving companies with little activity i.e. activity disproportionate to the financial statements, the leeway to manipulate the books of accounts to launder money and not suffer the consequence of being struck off the register. Instead, it would be more prudent to see if the amounts in the books of accounts are reasonably proportionate to the volume of business activity. 2. Under Section 250, a company dissolved under Section 248(5) shall cease to operate as a company and the certificate of incorporation issued to it shall be deemed to have been cancelled. There is, however, a provision for an appeal, within three years against the order of the Registrar to the National Company Law Tribunal. Such an appeal can also be availed by the Registrar where it is believed that the company in question has been struck off inadvertently or based on incorrect information. Although Section 250 defines companies that have been struck off as those that shall cease to operate as companies and whose certificate of incorporation stands revoked as on the date of the order of the RoC, there is an exception that allows for the discharge of liabilities and obligations.

This exception is, however, seldom heeded to and hence even if, at a later stage, it is found that the company was involved in some wrongdoing, cancelling their registration would prevent the Government from taking any legal action against them due to the uncertainty that prevails over the status of such companies. 3. It appears to be incoherent to disqualify directors of suspected shell companies under section 164(2) of the act. This is because directors of such companies are either peons or menial workers attached to their owners and their dismissal would be of little consequence to those who use such companies as a cloak to engage in illicit finance.

Thus, the effort must shift to identifying and taking action against true owners of such companies otherwise known as significant beneficial owners (SBO). Other than the provisions of Companies Act, 2013 , different regulatory agencies such as the Securities and Exchange Board of India (SEBI) and Securities Appellate Tribunal have overlapping jurisdiction and power over such identified shell companies. Moreover, other than the Act, there is no comprehensive framework for regulatory agencies to deal with such companies.

Is Dental Pain Linked with Sinusitis?