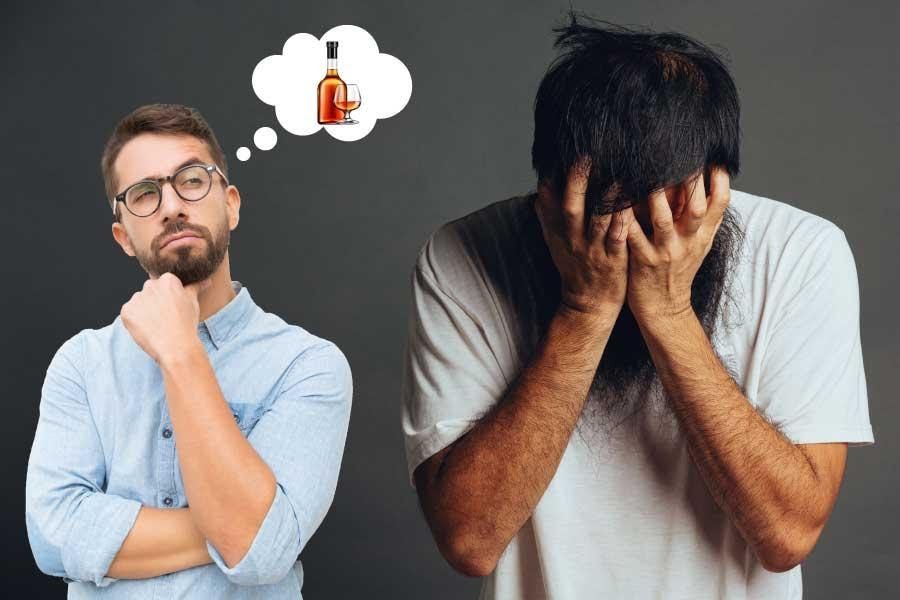 Is alcohol a Stimulant or Depressant?

In scientific terms, alcohol refers to a class of hydroxyl groups. However, in widespread usage, the term alcohol (ethanol or ethyl alcohol) refers to the element in beer, wine, and spirits that produces intoxication.

Regular drinking of alcohol can lead to increased tolerance which may result in showing fewer signs of intoxication. Scientifically alcohol is classified as a depressant, but it also has some initial stimulant effects.

Depressants are types of drugs that can make a person feel more relaxed and less anxious. They affect the central nervous system, slow down your heart rate, blood pressure, and mental clarity, and affect your control and coordination.

Stimulants, on the other hand, have quite the opposite effect than depressants. They can make a person feel more energetic and alert. They increase your blood rate and heart pressure. One thing common between depressants and stimulants is that they can have harmful effects on your body when done in excess.

What is the main difference between stimulants and depressants?

Stimulants are types of drugs that speed up the body. It can raise your body's temperature, blood, heart, and breathing rates. They can suppress your appetite and need for sleep while increasing alertness, energy, physical activity, and playfulness.

Stimulants can be mild drugs such as caffeine or nicotine and even more potent street drugs such as cocaine. They are used widely both as prescription and recreational drugs.

A healthcare professional may prescribe stimulants as a treatment for narcolepsy, ADHD, or even clinical depression. Prescription stimulants can raise brain dopamine in a quick and highly amplified manner when taken in doses and routes other than those prescribed, interrupting regular communication between brain cells and creating euphoria and, as a result, raising the risk of addiction.

When you ingest a depressant, you feel more calm and relaxed or even wholly sedated. Unlike the name, depressants don't make you depressed. The word "depressants" points out the effect it has on the central nervous system. The drug's ability to slow down the heart rate and respiratory system can produce intense euphoria, especially if done in excess.

When addicted to depressants, users want just to relax and sit around, and they may start to lose interest in most things, including their hobbies, friends and family, and even hygiene. They begin to develop symptoms very similar to depression.

Stimulant and depressant effects on alcohol

According to a study, initially, alcohol produces stimulant effects when ingested, like increasing your confidence, making you giddy, and giving you a blow-up of energy. Moreover, it can also increase your heart rate and may lead to aggression in some cases. These effects result from your brain releasing dopamine (also called the "happy hormone") after the initial drink and are temporary.

After the stimulant effects wear off, alcohol starts to slow down your body. The person may feel sleepy, disoriented, and sedated. In higher doses, it can lower dopamine levels and make you feel sad and hopeless. Drinking alcohol fast may lead to more stimulant effects, whereas drinking slowly will lead to sedative-type effects.

Why Numb Emotional Pain With Drugs Makes the Problem Worse?