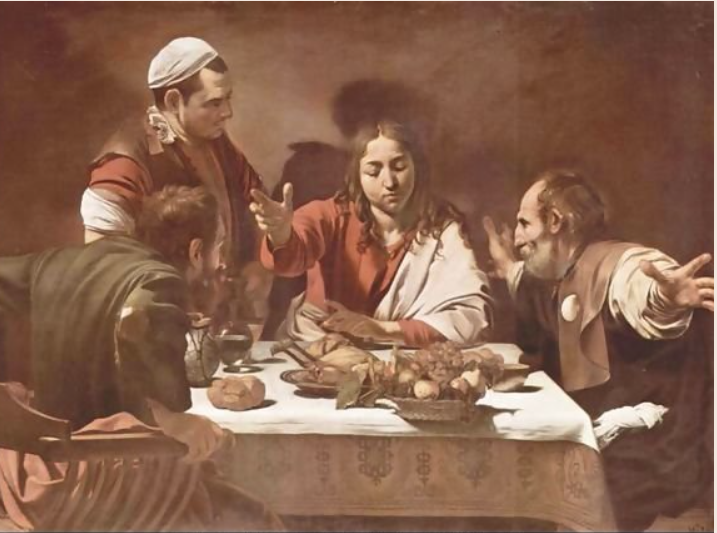 The Baroque movement originated in Europe during the early 17th century and is known for its sensational, colorful, and dramatic aesthetic. The drama of the often biblical or mythical stories was painted within the enormous gilt frames that staged the drama of the paintings. Light and shadow were used to create intense works of art that expressed strong emotions such as power, passion, violence, and love.

In the literal sense of the word, Caravaggio was the pioneer of the Baroque art form. Caravaggio's contributions to Baroque art give it its distinct and tasteful characteristics.

He produced what appeared to be a new visual idiom based on naturalism that was strikingly different from the grand traditions of the sixteenth century to Roman contemporaries. Caravaggio's visual language is distinguished by four characteristics: sensuality, vibrancy, the intelligent use of artistic quotations, and his space-defining use of light-dark conceptions.

Michelangelo Merisi da Caravaggio, a revolutionary and the most prominent Italian Baroque artist, was born in 1572 in Italy. Michelangelo was born into a family of aristocrats. Unfortunately, his parents died in the plague that ravaged Milan in 1576-77. The artist was born in Caravaggio and later moved to Milan, where he aided himself by painting portraits.

Early in his life, the artist divided his time between his hometown of Caravaggio and Milan, where his father ran a workshop. Unfortunately, Milan was hit by a highly contagious outbreak in 1576. The artist, who was about five years old, and his family were still living there, returned to Caravaggio by the autumn of the following year to escape the plague, which had spread to epidemic proportions and killed at least one-fifth of the local population.

Only six years after the plague had taken the lives of almost every male member of his family, Caravaggio left his home in Milan. His boisterous and fiery personality and his deep sense of abandonment may have their roots in those traumatic events of his childhood.

Caravaggio's popularity proliferated early in his career, owing entirely to his talent. He demonstrated considerable skill in adapting a previously unknown form of representation to his style and effectively marketing it.

Caravaggio Before the Baroque

Caravaggio was most likely familiar with Renaissance painters when he began his artistic career. Caravaggio had Classical training and was well-versed in essential works of the period. In 1584, he started a four-year apprenticeship with Simone Peterzano, a renowned Milanese painter. He traveled to Rome at the age of 21 in search of a successful career.

After a few miserable years, he entered the studio of Giuseppe d'Arpino, Rome's most prominent Maniera painter, for around eight months in 1593. He appears to have created tiny figural and still-life pieces during that time. It was only after he gained the patronage of Cardinal Francesco Maria del Monte, a Medici envoy to the papal court, that Caravaggio experienced success. The cardinal housed the young artist in the Palazzo Madama from 1595 to 1600 and introduced him to new clients.

The artist's public commissions for religious works began in 1599. In 1599, Cardinal del Monte aided him in gaining his first large official works job, the decoration of the Contarelli Chapel. A second assignment immediately followed to adorn the sides of Santa Maria del Popolo's Cerasi Chapel. With these commissions, the painter began the dramatic rethinking of heavenly figures that would become a trademark of his career. Some of Caravaggio famous paintings humanized celestial figures by painting them as regular mortals.

Rome was a paradise for painters in the 1600s. Caravaggio was successful in making good contacts. More importantly, he pioneered a fresh style that resonated with the audience. Many contemporaries praised Caravaggio for his "divine art of painting" in the early 17th century and were hailed as an exemplar.

Only Caravaggio's turbulent life equaled the depth of his masterpieces. Yet, despite being a hot-headed, aggressive man who was often in trouble with the authorities and was accused of multiple murders, he created spectacular, original paintings and pioneered dramatic lighting and the representation of holy figures in modern clothes and attitudes.

Great drama, rich, deep color, and powerful light and dark shadows characterize Baroque art. In addition, the Baroque paintings are notable for their grandeur or powerful emotional depth, naturalism or realism, and classicism or 'the ideal.'

Caravaggio's painting style was highly groundbreaking. Not because he didn't conform to the substantial distinction between 'high art' and 'genre' themes that had existed since the Renaissance, which had kept a very rigorous difference between sacred and popular art. He demonstrated exceptional creativity as a keen observer of people and everyday items, whether the topic was a religious story or a portrait. His figures are as lovely or ugly as the typical person on the street.

However, the observer is not greeted with scenes of everyday life in Italy in these photographs but rather with a highly personalized view of existence and an artificial environment created in the artist's studio. The stark contrasts in lighting, characteristic of Caravaggio's entire career, underline this last point. Caravaggio's naturalism was novel and unfamiliar to the vast majority of his contemporaries.

Caravaggio was not contented with just giving his saints the appearance of street models; it was even rumored that he gave an image of the Virgin the face of one of his girlfriends. Such worldliness alarmed the pious churchgoers of the day, who were accustomed to viewing Madonnas of heavenly beauty. In the eyes of the Catholic Church, Caravaggio's realistic manner of religious paintings amounted to a scandal, accusing the artist of utilizing sacred art for his egoistic aims, stripping it of its grandeur.

According to Caravaggio's biographers, he was a notoriously combative man who would swagger around Rome between painting jobs, searching for fights and conflicts. Caravaggio was detained several times for getting into fights and illegally carrying weapons. In 1606, Caravaggio engaged in a duel with a guy, murdering him by stabbing him. After fleeing Rome, Caravaggio spent the remainder of his short life evading justice. Soon after, he became ill and died while going to Rome to beseech the Pope for forgiveness.

Goya's impact was amplified because it came in response to a widely felt desire for renewal and change. And because he was able to do so in a very creative, individual, and sensitive manner. His example contributed to the formation of various formulas, including the lifelike depiction of items, life-sized individuals, lighting from outside the image, and the expressive use of tenebrism and chiaroscuro, which his disciples adopted and spread.

A Leading Gemstone Jewelry Wholesaler can Come Up with a Wide Range of Designs!