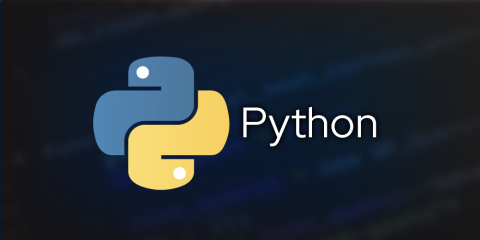 Python is amongst the most widely used programming languages. It’s straightforward, simple to understand, yet powerful enough to allow you to construct a web application and automate common chores.

Though Python varies according to the individual and their motives, learning Python makes sense since it is straightforward: it contains simple instructions and syntax.

Python is a great tool for experienced programmers or those who already know a programming language such as:

For developers considering a Python tutorial for beginners or a Python free course may prove to be particularly beneficial if they are considering a job in Data Science or Machine Learning. Python is rapidly becoming the most widely used programming language, and there are powerful frameworks and libraries available to support it.

Here we will learn about why Python is becoming so popular and whether you should learn it or not.

Python: What Is It?

It’s a general-purpose programming language, which implies that, in contrast to JavaScript, HTML, and CSS, it may be used for other purposes too.

Top Reasons Why You Should Learn Python

Why should you study Python? For starters, if you’re new to coding, Python is a good place to start. One difficulty new coders face is the onerous job of learning a new language that looks nothing like the ones they are accustomed to reading and writing.

Python, on the other hand, is written in English and was meant to be succinct and easy to comprehend, making it more accessible to first-time coders than many other languages.

Python is also a simple language to learn due to the fact that it is an interpreted programming language. This means that you can immediately execute each line of code when you finish writing it, allowing you to inspect it and make any improvements – a huge benefit for those still learning and a time saving for developers worldwide.

Python is a very flexible programming language. It is suitable for both simple and difficult tasks and is utilised in a wide variety of sectors — from data science and software engineering in:

This versatility is a result of a large number of Python libraries available (over 125,000, to be specific). Libraries are collections of pre-written code in a specific language that are accessible to anybody, which means that after you’ve mastered the fundamentals of Python, you’ll likely be able to comprehend and utilise codes created by other programmers.

One of the parallels between Python and Java is the abundance of open-source libraries, frameworks, and modules available to do any task. It simplifies application development tremendously.

Consider developing a web application in Java or Python without Spring or Django and Flask. It simplifies your job by requiring you to concentrate exclusively on business logic.

Python includes a plethora of libraries that cater to a variety of purposes. Django and Flask are amogst the two of the most popular web development frameworks, while NumPy and SciPy are amongst the two most popular data science frameworks.

Python’s flexibility is enhanced further by its ability to operate alongside other programming languages. Jython (Python combined with Java) and CPython are two popular examples of Python implementations with other languages.

Finally, Python is cross-platform, which means that it will operate properly whether you’re using Windows, Linux, or macOS.

Python developer positions are in great demand, as it is used by a large number of large firms, like Dropbox, Netflix, and Facebook. Google has even created its own style guide for Python.

Let’s examine how the income of a Python developer changes by experience level in India.

Salary for an Entry-Level Python Developer

In India, the average compensation for an experienced Python coder is Rs. 1,150,000.

Salary of a Python Developer Depending on Location

Python developers in Gurgoan and Bangalore make 26% and 21% more than their counterparts in the rest of India, respectively. Chennai, Pune, and Hyderabad are some of the lowest-paid cities in India for Python developers.

When you’re learning a new language — particularly after completing a bootcamp course or obtaining a degree — you’ll want to have a community of programmers to whom you can turn regarding your queries.

One significant advantage of Python is its active and supportive online community, as proven by the 1.5 million GitHub repositories that make Python the platform’s second-biggest. Python also has a rich community forum network where users may discuss anything from workflow to software development, and Python users frequently arrange meetups across the world to foster community and knowledge sharing.

What Python Is Good For The Top Applications

Python’s flexibility makes it possible to create complicated online tools. Python’s numerous web frameworks — such as the famous Django — are particularly valuable since they enable the development of both back end and client-side functionality easier and faster.

Python is used extensively by major corporations for web development; Google and YouTube both utilise it heavily for a variety of their digital infrastructures.

Python is a good alternative for anyone interested in learning how to construct mobile applications. Owing to its short development time, it is a suitable language for prototyping. As with web programming, Python’s cross-platform capabilities simplify app development.

Another reason why programmers are studying Python in 2022 is to prepare for the future. Machine learning has exploded in popularity over the last few years, and it is fast transforming our world. Algorithms continue to improve in sophistication on a daily basis; the finest example is Google, which can now respond to what you anticipate.

If you’re interested in machine learning, want to work on a personal project, or simply want to experiment, Python is the only major programming language that simplifies the process.

While there are machine learning libraries available in Java, you will discover more information focused on Python due to the developer community’s preference for Python over other languages for Data Science and Machine Learning.

Python’s popularity and growth rate are quantifiable. Python is amongst the most-searched programming languages on the internet, according to the PYPL Popularity of Programming Language Index – and that isn’t changing anytime soon.

Python is also the fastest-growing programming language, according to Stack Overflow, and TIOBE named it the 2021 Programming Language of the Year due to its rapid growth. Python’s popularity is partly owing to its use in the area of data science. As subjects such as machine learning, data modelling, and artificial intelligence increase, so does the demand for Python-related expertise. All of this implies that if you want to learn a new programming language — or if you’re want to start a career in programming — Python is an excellent choice.

How to Capture Amazing Photos of your Toddlers