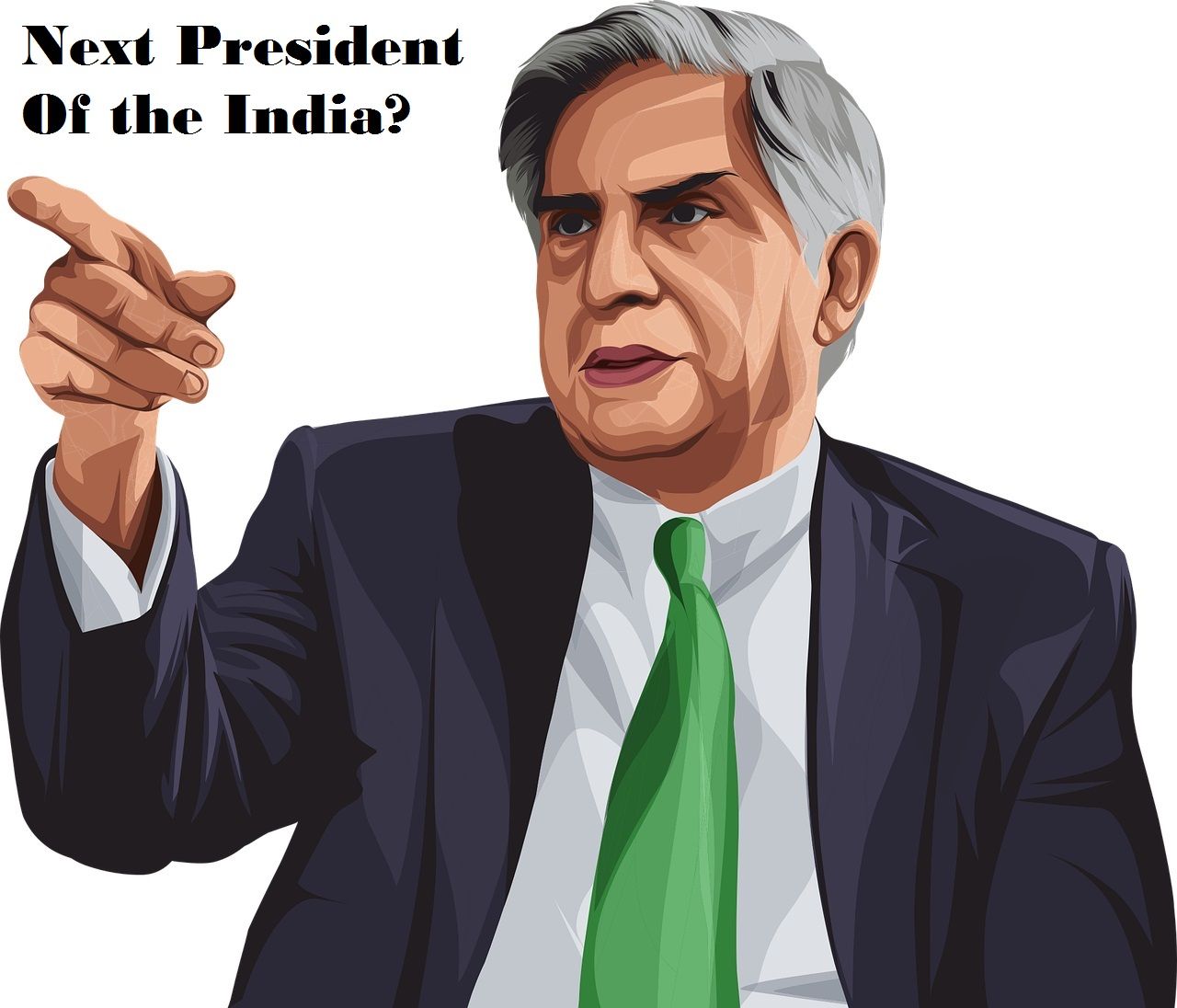 Late Shri Abdul Kalam ji was a better President of India. He was a professional. Why generally a Politician be projected as a Presidential Candidate? We have a respectable Performer and Businessman, who has stood to fulfill the dreams of Indian masses with whatever means he has.
Lets propose and start a movement to project  Shri Ratan Tata as our next Presidential Candidate ... let our words reach the Prime Minister Modji and an electoral college consisting of the elected members of both houses of Parliament (M.P.s), the elected members of the State Legislative Assemblies(Vidhan Sabha) of all States and the elected members of the legislative assemblies (M.L.A.s)...

It is that time when elections for the Indian President are underway and the media starts throwing names around. This time is no different and already one can see a name or two floating around.

As for people's choice, I think I can safely take the name of Ratan Naval Tata among other equally good names. I need not explain further as to what his credentials are, his achievements are and his family's history of service to the nation and to it's economy is. He is truly a bipartisan/neutral person who can be expected to keep the interests of India in his mind.

At a time when India is trying to project a business friendly image to all nations, I think his name easily stands out in a very positive and a welcoming way. From growing his family's business interests and major international takeovers to public service and contributions in academic research and excellence, He and family's name stand above one and all in the Indian sphere.

We do not need names that are a 'compromise' between vested parties BUT someone who has at least some of the qualifications (rather, all of them) like

My sincere appeal would be that all major parties consider his name positively.

The grand old man of Indian business is now on Instagram and he is giving a post-by-post lesson on how to stay relevant even as chairman emeritus. In fact, Tata would make a great President.

Ratan Tata is 81. He loves dogs, lives in a delectably white house by the sea, and collects luxury cars. The chairman emeritus of India’s most storied business house, Tata Sons, and chairman of the venerable Tata Trusts has earned the right to a quiet retirement after ensuring that the group grew its revenues 40 times and profit 50 times during his tenure as chairman between 1990 and 2014.

For a long time, especially after the battle between Tata and his successor Cyrus Mistry (who was later ousted by the Tata Sons board), the grand old man of Indian business remained under the radar. As Tata himself says in his very first post on Instagram, it is his return to the spotlight so to speak “after a long absence from public life”.

I shall argue two things in this essay. First, Ratan Tata’s Instagram page is a wonderful example of the management technique for former heads of great business empires to stay in the public eye even after they have shed a lot of their executive duties without the fakery of a public relations campaign. And the second, it is time to consider if Ratan Tata might be a great choice for the position of the President of India (my answer: yes, absolutely).

Since he started posting on Instagram on October 30, 2019, Ratan Tata has swiftly gathered 635,000 followers, though he is only following one account—that of the Tata Trusts. He has only posted eight times, each of his posts have been liked around 200,000 times.

These posts, succinct and colourful, constitute a masterclass in how to portray an honest self-image. Through his use of this social media platform, the custodian of India’s most valuable brand (the Tata name is valued at more than $14 billion) is showing that he knows a thing or two when it comes to crafting a brand. It is clear from the language that Tata possibly writes each post himself or at the very least oversees the writing of each post stringently. The language is direct, unfiltered, and emotional (the very first post had two exclamation marks). This is special for a person known for his sense of dignified quietude.

The account also provides a conversational entry into the heart, mind, and inner life of Tata. Known as a dog lover, primarily through the free run that stray canines have around the Tata headquarters at Bombay House (and through a recent personal investment in a pet care portal called Dogspot), the Instagram account is a valuable peep into how close dogs are to the heart of Tata—two of the eight posts are on dogs. The first refers to his late beloved pet Tito and the other talks about him trying to find a home for a nine-month-old pup Myra complete with a Google form to check the details before the pup is given.

Whether it is at the launch of the Indica, the indigenously built passenger car from Tata Motors, or at the inauguration of Starbucks, brought to India in partnership with a Tata group company, or even through a photograph of young Tata at Cornell (“It is overwhelming how quickly time passes”, etc.), Ratan Tata will be building a new image. For a very long time he has been a powerful (in fact the most powerful) elder of India Inc., but now, through this account, he is presenting a wise, warm, funny, avuncular self. This is Grandpa Tata. The elder of Indian business seeks as it were to become an elder statesman of Indian public life (his latest post shows him standing with the police outside the Taj hotel of the Tata group that was attacked in the 26/11 terrorist strike in Mumbai). “We remain proud of the spirit and the sense of unity displayed by Mumbai in all its power on that day. I will say it again: We can be hurt but not knocked out.”

This is where we come to the next part of my argument. The return of Ratan Tata to public life in this manner is an opportunity to contemplate this—wouldn’t Tata make a great President?

India has had many scholars through its 14 Presidents. One of the world’s fastest-growing major economies ought to pay tribute to its own entrepreneurial spirits by choosing Tata—the man who has headed the most respected business group in the country—as its President.

By doing so, India would also expand on its valued history of citizens from minority communities rising to the highest office of the land. And what a minority it is! It is time that through the elevation of Tata to the position of President, India celebrates the Parsis (age-old Zoroastrian migrants from Persia), the tiny community (at last count only about 58,000) that has produced some of the finest entrepreneurs in the country. There is an apocryphal story that when the first Parsis landed on the shores of Surat, they sent word to the local king that they sought refuge. The king sent back a bowl filled to the brim with milk, suggesting that his kingdom was already full. The bowl returned sweetened with sugar. The Parsis had replied that they would dissolve right in and sweeten the community. And so they have. From India’s nuclear programme to some of its biggest business houses to the highest ranks of its military, rare is the field where Parsis haven’t shone in India.

This unique history would get a crowning feather with Ratan Tata as President Tata. It is the right time. We should make it happen.

The stage is set for India to elect its 16th president in July 2012. This could turn into a thriller. After UP elections the Congress is weakened, the opposition is baying for its blood and allies like Mamata are not toeing the line. It will have to opt for a consensus candidate.

An ideal head of state should be one that has the vision to inspire the country, a statesman rising above the politics of expediency with the ability to balance the judiciary and the executive. Some of the obvious choices from the Congress stable that seemed feasible a few months ago, are now doubtful.

Dashahara 2021 is major festival of Hindus

5 Tips to Stay Healthy and Safe this Summer Season