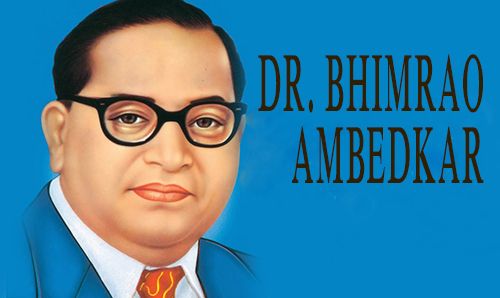 Who Was Dr. Babasaheb Ambedkar ...?

Qualification
He was having two master's degrees, Bar-at-Law, had four doctoral degrees. Besides knowing quite a few Indian languages including Sanskrit, Dr. Ambedkar also knew several European languages. Interestingly, he was the first person from South Asia who had been conferred a Degree.

Dr B R Ambedkar was among the first in his community (born to Hindu Mahar parents, treated as untouc-hables) to go to Columbia University and the London School of Economics.His politics, conditioned by his reflexive anger at what he experienced as the only “untouchable” in the course of his schooling, and life in his village, put upliftment of his community at the centre of his concerns.

He was completely opposed to the Brahmin orthodoxy and though born in Mhow, in Madhya Pradesh, his early politics was centred in Maharash-tra. What he stood for was diametrically opposed to the ideals espoused by the RSS in the same state.

Bhimrao Ambedkar was born on 14 April 1891 in Madhya Pradesh. He was the fourteenth child of his parents. Ambedkar's father Ramji was a Subedar in the Indian Army and posted at Mhow cantonment, MP. Ambedkar had to face severe discriminations from every corner of the society as his parents hailed from the Hindu Mahar caste. Mahar cast was viewed as "untouchable" by the upper class.

The discrimination and humiliation haunted Ambedkar even at the Army school, run by British government. Discrimination followed wherever he went. In 1908, Ambedkar went to study at the Elphinstone College, Mumbai. Ambedkar obtained a scholarship of twenty five rupees a month from the Gayakwad ruler of Baroda, Sayaji Rao III.He graduated in Political Science and Economics from the Bombay University in 1912. Ambedkar went to USA for higher studies.