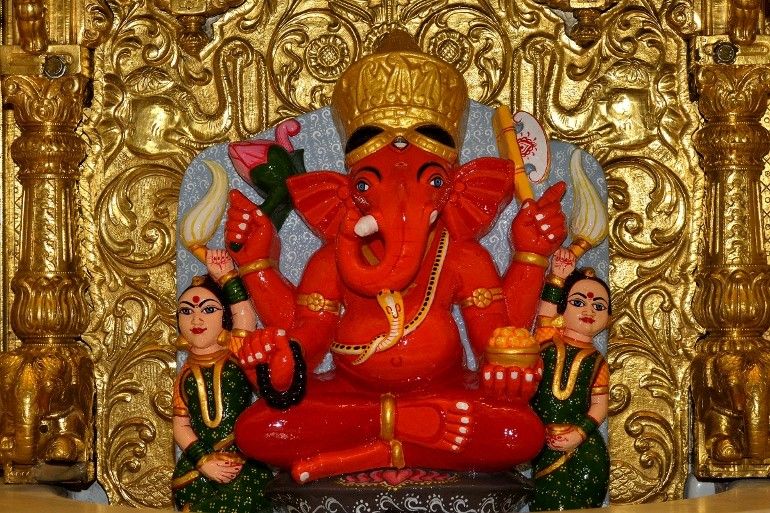 10 Most Famous Temples In Mumbai

Mumbai was earlier known as Bombay, a city that never sleeps. Mumbai is a fast-paced metropolitan city that sees millions of people coming to fulfill their dreams. Mumbai is also called as the commercial and economic capital of India. But Mumbai is not just about business; the city hides some of the beautiful temples in India. Mumbai temples provide its residents and travelers with the much needed tranquility with unique culture and architectural style.

Here, we will be discussing the top 10 Famous Temples of Mumbai. To know more about these temples, continue reading.

SiddhiVinayak temple in Mumbai is a popular lord Ganesh temple. The temple was established in 1801 by Devbhai Patel and Laxman Vithu. SiddhiVinayak temple is located at S.K Bole Marg, Prabhadevi. The temple architectural beauty is truly remarkable. It is not only famous for its architecture but also believed that whispering your wishes into the ear of the idol will eventually come true.

Mumbai derives its name from one of the city’s oldest temples known as Mumbadevi. This holy place has the idol of Goddess Mumba. Goddess Mumba is believed to be the reincarnation of the goddess Durga. The temple was built in the year 1675; the Goddess of this temple is decorated with jeweler and beautiful altar. The locals believe that visiting the Mumbadevi temple on Tuesday is very auspicious. Mumbadevi is also considered as a patron goddess for Mumbai native communities like agriculture, fisherman, and Somvanshi Kshatriya.

In the top list of religious sites in Mumbai, Mahalakshmi temple holds a top spot. Mahalakshmi temple is located next to the seashore. This beautiful temple is dedicated to goddess Durga, Lakshmi, and Saraswathi. The deity at the temple is decorated with a golden nose ring and a mask. People across the world come to visit this temple for its beauty and simplicity.

There is hardly any city in India without ISKCON temple. ISCKON temple of Mumbai is the most peaceful place in the city. The temple is spread over a popular area of Mumbai called Juhu. ISKCON is popularly known as Hare Krishna Movement, which was founded by A.C Bhaktivedanta Swami. The beautiful marble complex of the temple adorned with delightful murals and sculptures are a delight for eye-sight. ISKCON was built to preserve the rich heritage of Lord Krishna.

BabulNath is a Shiva temple located on a hillock. The temple is very close to Girgaon Chowpatty. The temple gets its name BabulNath as Lord Shiva is depicted as a Babul tree here. Visiting this temple will remind devotees of Kailash Parvat. BabulNath temple was built in the 12th century by King Bhimdev II.

This temple is owned and run by SwamiNaryana Sampraday, a sect of Hinduism. The current temple of SwamiNaryana was remodeled in 1903. The beauty of the temple is enhanced ten-fold during Janmashtami and Ram Navami festivals.

Balaji temple, known as Lord Ventakeshwar temple, is located on a hilltop. The temple is designed to be similar to that of the Balaji temple in Tirupati. Balaji temple holds an important place among the South Indian community of the region. Inside the premises of Balaji temple, many other temples dedicated to various deities are located.

Hari Mandir is one of the most famous temples in Mumbai. The temple is also called as Sanatan Dhramasabha Geeta Bhavan. The temple is dedicated to Lord Rama and Lord Krishna. The history of how the temple was built is very interesting. Around 10,000 refugees who moved to Mumbai after partition in 1947 were the main creators of this temple.

Walkeshwar temple of Mumbai was established by the Gowd Saraswat Brahmin Community in 1127. The temple bears outstanding historical and cultural importance. Folklore says that the spot on which the temple is built was stopped by Lord Rama when heading to Lanka to save his wife Sita from the demon Ravana. Unfortunately, the temple was destroyed by Portuguese in the 16th century. Later the temple was rebuilt in 1715 by another Gowd Saraswat Brahmin.

The Babu Amichand Panalal Adishwarji temple is well-known for its marble architecture and carving that leaves its visitors mesmerized. The temple is dedicated to the first Tirthankaras of the Jain Religion Amichand. The temple was built in the 1970s and included the idols of Lord Ganesh.

With this, we conclude the article on Top 10 famous temples of Mumbai. The list is not exclusively, Mumbai houses various other temples apart from the ones mentioned here. Next time you are in Mumbai, don’t forget to visit at least a couple of these religious places.