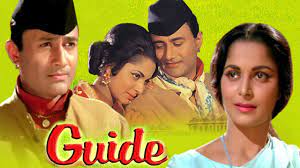 Bollywood has been recognized as one of the best film industries in the world, churning out some of the most memorable films in its history, which have been appreciated the world over. Excellent narratives, power packed performances, visionary direction and melodious music have been the hallmarks of these historic Hindi movies, which continue to rule the hearts of millions over decades.

Bhaag Milkha Bhaag is one of the greatest biographies made in the Bollywood. The movie based on the life of Milkha Singh, the movie tells the story of a scintillating script of the story of Milkha Singh. The tale of Indian Athlete narrates a gripping story of the Olympian. The movie is directed by Rakesh Omprakash Mehra and was a huge hit commercial success.

The Kundan Shah directed cult comedy was a huge hit movie and one of the most critically acclaimed movies. The 1983 release movie depicted the corruption on Politics, Bureaucracy, Media, and Business and how things get chaotic due to this. This is considered as one of the most sarcastic comedies or Black Comedy movies of Bollywood. The movie stars Naseeruddin Shah, Om Puri, Satish Shah among others.

Bollywood gave the family film called “Hum Aapke Hain Koun…!” in 1994, which was acclaimed all over the world for taking us back to the roots of Indian values. A product of the prestigious Rajshri banner, it starred Salman Khan and Madhuri Dixit in lead roles.

The Hrishikesh Mukherjee directed cult comedy Golmaal set the benchmark in the Bollywood. The hilarious plot, screenplay and outstanding performances from Amol Palekar, Utpal Dutt, and Bindiya Goswami made the 1979 blockbuster a huge success. The movie is still considered as one of the greatest comedy movies of all time in Bollywood.

Next on the list of top 10 Bollywood movies of all times is the family saga called “Deewar”, a 1975 release, which had Amitabh Bachchan pitted against Shashi Kapoor, as brothers representing good versus bad.

The legendary movie “Guide”, which was released in 1965, is considered as one of the greatest Bollywood movies of all times. Based on a novel of the same name, the movie starred legendary actors Dev Anand and Waheeda Rehman in lead roles.

The 2014 comedy drama embarked a new beginning in the Bollywood movies. The movie stars Kangana Ranaut and she established herself as the Queen of Bollywood. The story revolves around a lady who was dumped in Europe during her honeymoon and then she finds her new gained confidence. The movie directed by Vicky Behl gave Bollywood a different genre of movies.

If there was a trend setter in Bollywood, then this was the first movie that is a trend setter. Director Bimal Roy made a movie built on the socialist theme and is considered as the first revolutionary movie. The 1953 movie starring Balraj Sahni and Nirupa Roy showed the plight and agony of a farmer for a piece of land.

This is the trend changer of Bollywood came lately in 2001. The movie is set on the modern generation depicted the story of three friends and how their life changed. The movie perfectly describes the modern day friendship and relationship. The movie stars Aamir Khan, Saif Ali Khan, Akshay Khanna, Preity Zinta, Sonali Kulkarni, Dimple Kapadia among others. It was directed by Farhan Akhtar.

Next on the list of top 10 Bollywood movies of all times is the blockbuster from Yash Raj camp, “Dilwale Dulhaniya Le Jayenge”, which was released in 1995. It was the film which established Shahrukh Khan as the current super star and also took Kajol to the accolades of top actresses in the industry.

The 2008 Indian thriller is one of the best movies in the last decade. The movie sets on the sensitive issue of terrorism. The movie sets on a particular Wednesday and conversation between an about to retire Police Commissioner and a common man. The movie stars Naseeruddin Shah and Anupam Kher along with Jimmy Shergill.

Kahaani is a thriller directed by Sujoy Ghosh and went on to become a huge success. The story of Vidya Bagchi who struggles to find her husband in the city of Kolkata was portrayed in the movie. But there are so many twists and turns and that make the movie a huge entertainer. Vidya Balan played the lead role of the movie.

Whenever we talk of the greatest Bollywood movies of all times, “Sholay” is the name no one can forget. The multi starrer cinematic gem hit the theaters in 1975 and has been one of the longest running films in the country. Its star cast included big names like Amitabh Bachchan, Dharmendra, Jaya Bhaduri, Hema Malini, Amjad Khan and Sanjeev Kumar.

The epic movie “Mughal-E-Azam”, a 1960 release, is undoubtedly the greatest film of Bollywood, besides being the most expensive one of its time. It was directed by K Asif and had Dilip Kumar and Madhubala in the lead roles of Salim and Anarkali, while legendary actor Prithviraj Kapoor portrayed Emperor Akbar to perfection.

The Nitesh Tiwari directed Dangal movie went on to become the highest grossing movies of all time in 2016. The real adaptation story of the Phogat Sisters from Haryana, gripped the nation. Aamir Khan, Fatima Sana Sheikh, Zaira Wasim gave scintillating performances. The movie is considered as one of the best Bollywood has ever made.

Aamir Khan did it yet again with his 2014 release called “PK”, in which he played an alien searching for answers related to questions of religion and faith on Planet Earth. The movie starred Anushka Sharma as the female lead.

One of the greatest movies in the history of Bollywood is the 2001 release called “Lagaan”. A story set in a village oppressed by the British Rule, the Aamir Khan starrer film was able to reach the Oscars, creating history for the country.

Baahubali – The Conclusion set Bollywood on fire in 2017. The SS Rajmouli directed movie which was originally a Telegu movie set the new standard for graphics, screenplay, and acting. Prabhas, Anushka Shetty, and Ramaya played the crucial roles in the movie. Baahubali 2 is the highest grosser overall and as a Hindi movie, it is the highest grosser as well. The popularity and the commercial success of the movie are second to none.

Another unforgettable Bollywood movie is “Mother India”, which was marked by brilliant performances of Nargis, Sunil Dutt, and Raj Kumar. This spectacular piece of work was released in 1957 but its memories are etched on the hearts of movie fans till date.

Some other unforgettable Bollywood movies are “Anand”, “Maine Pyar Kiya”, “Mr. India”, “Devdas”, “Masoom”, “Dil Se”, “A Wednesday”, and the list is endless. All these movies have not only entertained millions but have also sent across great social messages.