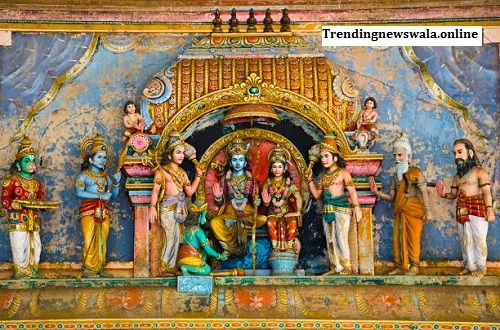 Dashahara 2022 is major festival of Hindus

Dussehra, Dasara or Dashain, also known as Vijayadashami is one of the most significant Hindu festival celebrated across the country with much enthusiasm. It also marks the end of Navratri festival and is the day when devotees immerse the idol of Maa Durga after nine-nights of puja. The festival of Dasara is observed on the tenth day in the Hindu calendar month of Ashvin or Kartik (September and October). This year, Dussehra or Vijayadashami will be celebrated on Friday, October 15, 2021

Dussehra marks the end of Ramlila, a brief version of the story of Rama, Sita and Lakshaman, and remembers god Rama's victory over the Ravan. On Dasara, towering effigies of Ravan, Ravan, Kumbhakarna and Meghanada symbolising evil, are burnt with fireworks, marking evil's destruction. This festival is celebrated reminding the victory of Good over Evil.

Vijayadashami is one of the most auspicious Hindu festivals that is celebrated on the Dasmi Tithi of Ashwin in Shukla Paksha. The festival marks the end of the nine-day festivity of Navratri and the four/five-day celebration of Durga Puja.

The ninth day of the festival is a day of worshipping Saraswati (the goddess of knowledge). Books and educational materials are arranged while a silk saree is draped around to give the form of the Goddess’s body. The face is then placed on top of it and the goddess is decorated with all sorts of gold ornaments, giving the appearance of Her Divine presence. During the same day, people also worship their work instruments and vehicles. It is a belief that people, whatever the job they do, have a fresh start from this ninth day of Dussehra. The last day of Dussehra, known as Viajadashami is celebrated with equal joy as the rest of the days.

However, at the end of this day, the beautiful and artistic arrangements of the dolls are removed and kept away until the next year’s Dussehra. There is a conception that, every year, apart from the collection of dolls that one has, a new doll has to be brought into the collection. Thus, children have a fun time buying the doll of their choice. Many say the best time to buy dolls at cheap price is after a few days of the actual festival, all the traders would be glad to give good discounts.

FESTIVAL ONE, BELIEFS MANY

In the Northern part of India, the festival celebrates the defeat of Ravana against Rama. In a few other places it celebrates the killing of a demon, Mahishasura, who is said to have the powers to convert into the form of a buffalo at will, in the hands of Goddess Shakti. The word Shakti means power in Sanskrit. Durga Puja in West Bengal is celebrated for the same reason as quoted for Shakti.

There is one other famous event which will be witnessed if one travels to India during Dussehra. Since most a part of India celebrate this festival to mark the defeat of Ravana against Rama, many pilgrim destinations dramatize the killing of Ravana. someone with an arrow with a burning flame shoots it onto an effigy made within thestyle of Ravana. This replica would be manufactured from fire-crackers and would start bursting once the arrow with flame strikes it, which symbolizes the killing of Ravana. Places of importance celebrate it in larger and grander style while thousands of individuals throng these pilgrim spots to witness this event.

Though there are various reasons attributed to the celebration of Dussehra, the underside line remains that celebration sprawls all round the country. The celebration as a full celebrates the defeat of evil within the hands of excellent. aside from this, it reiterates that India could be a nation where Unity and variety are closed concepts.