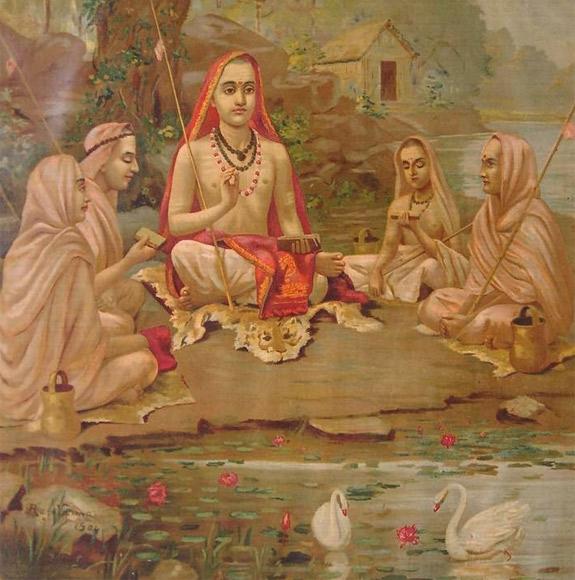 Guru Purnima: Understanding its meaning and significance in Hinduism

Guru Purnima is a festival which is celebrated nation-wide to pay homage and to show love for their Gurus irrespective of which religion they belong too.  Guru Purnima is one of the famous Festival of Hindus.

The festival of Guru Purnima holds a matter of great importance to Hindus, Buddhists and other religions in our country and internationally

one who dispels the ‘darkness of Ignorance’ and brings wisdom. Therefore, to mark the importance of Gurus, Guru Purnima is celebrated in India every year. Needless to say, for thousands of years, the festival of Guru Purnima has held a great significance for Hindus in particular and also in Jainism, Buddhism, and other communities. Celebrated on Purnima (full moon) in the month of Ashadha (July-August), in accordance with the Hindu calendar, Shaka Samvat; this year in 2018, it is celebrated on July 27.

In Indian culture, the ‘gurus’ are given much respect and are often compared to God. Their wisdom and teachings help guide the devotees to the path of righteousness. And on this auspicious day, the blessing by the guru is believed to be equal to that of a blessing from God himself.

According to Hinduism, Guru Purnima is also the day they remember the great sage Maharishi Veda Vyasa. Vyasa was the individual, to which all Hindus owe their gratitude for the 18 Puranas, Mahabharata, and the Srimad Bhagavatam. He was the one who separated the Veda and divided them into four parts, namely, Rig, Yajur, Sama, and Atharva. Therefore, this day is also known as the Vyasa Purnima. Guru Purnima has a strong spiritual significance. As stated in the yogic lore, on this day, 15000 years ago, Lord Shiva who was the Adiyogi became the first Guru or the Adi Guru of the Hindu religion. He inculcated his wisdom and understanding of life to the seven disciples. These disciples then became Saptarishis and carried on this knowledge with them to spread all across the world.

Guru Purnima holds a great significance in the Buddhist religion too. As the story goes, Buddha after attaining enlightenment in Uruvela left for Sarnath to teach his five former companions so that they can also attain enlightenment. On reaching Sarnath, Buddha taught them the ways of Dharma and they too attained enlightenment. The day on which he first gave his sermon was on a Purnima (full-moon day) of the Ashadha. For the farmers, Guru Purnima marks the beginning of the four months of the rainy season known as Chaturmas, which brings about new life to the dry fields and according to the spiritual Gurus, it is a great time for a devotee to begin his spiritual journey.

According to the Jains, Lord Mahavira, the 24th Tirthankara, made Indrabhuti Gautam, a Ganadhara, as his disciple and became a guru. Hence, it is known as Guru Purnima.

The way Guru Purnima is celebrated has changed with the passage of time. Earlier, the celebration was marked by doing a ritualistic Guru Puja (prayer). In these prayers, the disciples used to pay their respects to the guru and worship them. Nowadays, the festival of Guru Purnima is largely celebrated in ashrams and in schools, colleges, and universities to thank and remember past teachers/gurus. In ashrams, the disciples sometimes hold fast for the whole day and break it only when they meet their gurus, whereas, in schools and colleges, students bring gifts for them and touch their feet to show their respect. The way to pay respect to Gurus might have changed, but the spirit of the festival has remained the same.