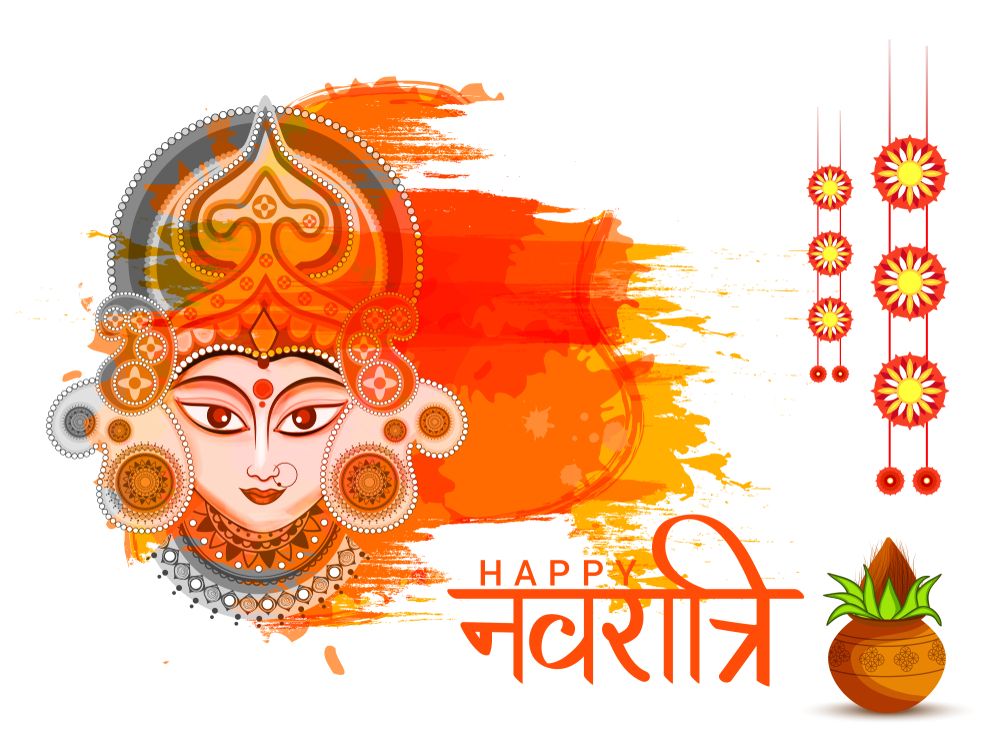 Many traditional garbas are performed around a centrally lit lamp or a picture or statue of the Goddess Shakti. The circular and spiral figures of Garba have similarities to other spiritual dances, such as those of Sufi culture. Garba is played wearing the variant colors of Chaniya Choli. In West-Bengal states, Navratri is known as the Durga Puja. Durga Puja celebrated to mark the victory of Goddess Durga over the buffalo demon Mahisasura. It is symbolic of the victory of good over evil. During the course of the festival, the goddess is worshipped in various forms like Durga, Lakshmi, and Saraswati. She is a symbol of love, power, courage, and kindness.

Here is the importance of 9 days in Navaratri.

Day 2 of the Navaratri festival celebrates the Maa Brahmacharini. Her appearance is quiet and absorbed in meditation. Brahmacharini address ‘Brahma’ (penance) and “Charini” (female follower/ devotee) as a result, she is the symbol of Goddess who performs Tapa or hard penance.

Day 4 of the Navaratri celebrated Maa Kushmunda. It believes that she is the creator and originator of the universe. She is the one who has the power to give light to the sun. Her smiles send the vibrations of life bliss and hope in all directions of this world.

Day 7 of Navaratri 2021 celebrates Maa Kalratri. She is considered quite a violent form of Maa Parvati. Her name means: ‘Kaal’ - time/death & ‘Ratri’ - night. As per her name, she is considered as the destroyer of darkness. She Killed demons Shumbha & Nishumbha.

Day 8 of the festival celebrates Maa Maha Gauri. It believes that the Maa Mahagauri has the power to fulfill all the desires of her devotees. Maa Mahagauri represents intelligence, peace, and prosperity.

Day 9 of the festival of Navratri celebrates Goddess Siddhidatri. The goddess is known for having supernatural healing powers. The goddess represents the blissful state of mind, just like the sky on a clear day.

All the devotees celebrate these nine days by fasting and wearing nine different colors of Indian traditional dresses for nine days.