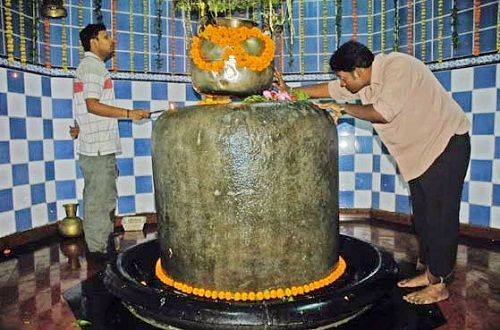 Sukreswar temple is one of the most sought after temples of India which is located in the state of Assam. People from all across the country come here to visit the temple which is dedicated to Lord Shiva. In Assam this temple is located on Itakhulli hill or Sukreswar hill in Guwahati. It too provides visitors with a beautiful view of the Brahmaputra River as the temple is located at the Southern bank of the river. The picturesque view of the river is really breathtaking which gives immense pleasure to the visitors. The temple dates back to eighteenth century and is visited by people from around the world to celebrate the existence of Lord Shiva (Indian god). The Premise of the temple also has a Vishnu temple (Hindu temple) and many Puja halls and complexes. The temple is famous for having the most colossal Shiva lingams in India and the sixth Jyotir Lingam.

The temple is located towards the southern banks of the Brahmaputra River and provides a picturesque view of the mighty river. The Sukreswar Temple complex also has a Vishnu temple and many halls for conducting rituals and pujas. The embankment near the temple is considered holy for sacred dips. It is also believed that a person performing post-death rituals at this temple will attain 'moksha' or peace for the dead.

Leading down from the temple compound is a long flight of steps to the river. Sitting on the steps of Sukreswar ghat one can enjoy the scenery of sun setting on the river, boats moving across the river, people performing puja in honour of their relatives who have left this world, children and older people bathing.

The history of the temple is associated with Saint Sukra, who made a retreat at the Sukreswar hillock, where he regularly meditated and worshipped Lord Shiva. The place where he meditated is called Hastagiri as per the Kalika Purana, for it being in the shape of the hump of an elephant. This temple later was constructed in the year 1744 by the King of Ahom, Pramatta Singh, who is supposed to have constructed many religion sites during his rule.

In the year 1759, the king Rajeswar Singha took the charge of promoting the Shiva cult. The bank of the river on which the temple is located is used by the devotees for taking holy bath and performing other Puja activities. The temple too has beautifully designed steps which lead to the holy river and make the journey to the river an amazing experience. Besides that, the scenic beauty of the rising sun visible from the bank of the river makes the experience even more amazing.

Dedicated to Lord Shiva, the Sukreswar Temple was constructed in 1744 CE by the Ahom king Pramatta Singha. King Rajeswar Singha made financial provisions for the temple in 1759. The temple is known for having one of the largest Shiva Lingams in India. According to the legend, this temple is believed to be the place where sage Sukra worshipped Lord Shiva. As per the Kalika Purana, the hillock where the saint used to pray is called Hastagiri as it has the shape like the hump of an elephant.

The good thing about the temple is that you can visit it during any time of the year and there is no specification on the month in which it can be visited. This fact is because of the favourable climate that keeps up in tune with the convenience of the devotees. However, during religious festival times the visit becomes a worth remembering experience. During most of the religious Hindu festivals the temple is decorated and filled with so much of vibrant colours. So, it is advised to visit this beautiful temple of Guwahati during the time of Hindu religious festivals particularly during Mahashivaratri.

The temple is known for having the largest Lingam of Lord Shiva. This great Indian monument of India is the contribution of the King of the Ahom dynasty of Assam, Pramatta Singh. Throughout the year, devotees from many far off places including many of them from foreign countries come here to take a glimpse of this largest Shiva lingam built in the 18th century. Adjacent to the temple is a Nat Mandir. Though the Sukreswar temple is still in good condition but the adjacent Nat temple has been replaced by sheet of iron.

At the temple, the main festival is organized during the time of Mahashivaratri and that time the whole temple is embellished with beautiful flowers and glittering lights. And the scene during the time is entirely different. During this festive season a large number of devotees of Lord Shiva flock to the temple to take a glimpse of the deity and to take his blessings. The temple gets crowded with an uncountable number of people, standing one after the other in rows to take the blessings of the almighty.

There are many stalls outside the Sukreswar Temple where devotees can also get earthen lamps, incense sticks, flowers and prasad to offer to the deity at the temple. Maha Shivaratri is the main festival celebrated with great enthusiasm here.

Timing for Darshan at Sukreswar Temple:

The temple opens from six in the morning to seven in the evening.