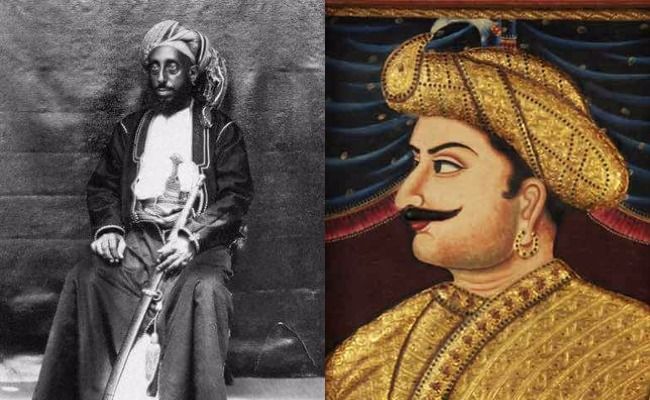 Was Tipu Sultan a murderer of Hindus?

(1) Tipu Sultan wrote a letter to his army helicopter of Calicut on 14 December 1788- "I am sending two of your followers with you to Mir Hussain Ali. Make them all Hindus with them and kill them if they do not accept Islam. "My order is to keep the people under twenty years in prison and hang five thousand trees hanging on the tree (Language Poshani - Malayalam Journal, August 1923)

(2) Tipu Sultan wrote a letter to Badruz Samman Khan (dated 19 January 1790) "Do not you know that I have achieved a major victory in Malabar, more than four lakh Hindus were made Muslims. I have now decided to move towards Raman Nair so that his people convert to Islam. I have abandoned the idea of going back to Rangapatnam. "(In the same book)

(3) Tipu Sultan wrote a letter to Abdul Kader (dated 22 March 1788) "Over twelve thousand, the Hindus were converted to Islam, there were many Namboodiri in it, this achievement should be widely publicized among the Hindus so that the local Hindus Fear should be spread and converts them to Islam, no Namboodiri should be left out. "(In the same book) Tipu has an influence on Hindus and their religion In the various areas of Kurg and Malabar, many letters were written to the army heroes, who were discovered by the eminent scholar and historian Sardar Panikkar, reaching the India Office Library in London, to this information, messages, and letters. You can read through and read ...

Another letter to Tipu's own army commander- "Every Hindu in the district should be converted to Islam; Otherwise it is best to kill them; they should be searched in their hiding place; All the ways and suggestions for their total conversion to Islam should be used in truth, falsehood, deceit, and force. "(Historical sketches of the South of India in an attribute to trace the history of Mysore - Mark Wilkes, Volume 2 Page 120) Already in the Third War (1792) of Mysore, Tipu is the archaic Islamic ruler of Afghanistan, Jamnshah who is playing Holi in the blood of Hindus in India, Ahmad Shah Ibn Was written by Ali's son whom Kabir Kausar has translated in his book "History of Tipu Sultan '(Pri'l4l-l47). Read some portions of that letter behavior-

(i) "Your Excellency You may have been informed that the purpose of my great desire is Jihad (Religion war). Allah preserves this device as 'Noa's Ark' and keeps cutting the extended sides of the infidels 'abandoned'.

(ii) "Tipu to the ruler, the letter dated Shahaban's 7th 1211 Hijri (accordingly 5 February 1797):" .... In this circumstance, from east to west, I think that Allah and His Prophet With the orders of us, we should get organized to fight jihad against the enemies of our religion. In this area, the followers of Ilam gather together on a fixed place on Friday and pray. "O, Allah! Those people, who have stopped the path of Islam, kill them. For their sins, punish their ends by their fixed punishment. "I have full faith that Allah Almighty will accept his prayers for the benefit of his loved ones, and 'only Allah's forces will be victorious' , Tipu wrote his famous sword on the Persian language - "My master helped me to end all the infidels (non-Muslims) from the world"! (History of Mysore C.H. Discharge volume 3, page 1073)

Read a rocked article written by Tipu himself in the fort of Sri Rangapatnam - the words of the inscription are as follows: "O Allah Almighty! End the entire community of infidels (non-Muslims). Scatter all their race, make their legs shaky, make two unstable! And turn around their brains! Bring death to them, eliminate the means of nurturing them. Reduce the days of their lives. Their bodies always remain subject to their concern, take away the eyesight of their eyes, make their faces black, destroy their organ of speech! Just kill them like Shidod, like the Faroha, and immerse them too, and anger them very much. O Lord of the world gives me your help. "

(In the same book, page 1074) Tipu's life character is written in Tipu's Persian, there are two biographies named 'Sultan-e-Tawarikh' and 'Date-e-Khudadadi'. Both of these biographies are available in London's India Office Library. s. In sequence 521 and 2 99 are kept. In these two lifetimes, Tipu himself has himself described a detailed description of inhuman atrocities and tortures on the Hindus to show the true hero of Islam. Even Mohibbul Hassan, who had described Tipu as a sensible, generous, and secular ruler in his book, History of Tipu Sultan, had to admit that "Date" means that Tipu's picture after reading the biography of Tipu He is a madman who is a madman for hatred of infidels, who has always been involved in the killing of non-Muslim people and their change in Islam. " Istry of Tipu Sultan, Mohibbul Hassan, page 357)

As Teepu sat on the throne in 1786, he declared Mysore a Muslim state and declared in a common court - "I have told all the infidels