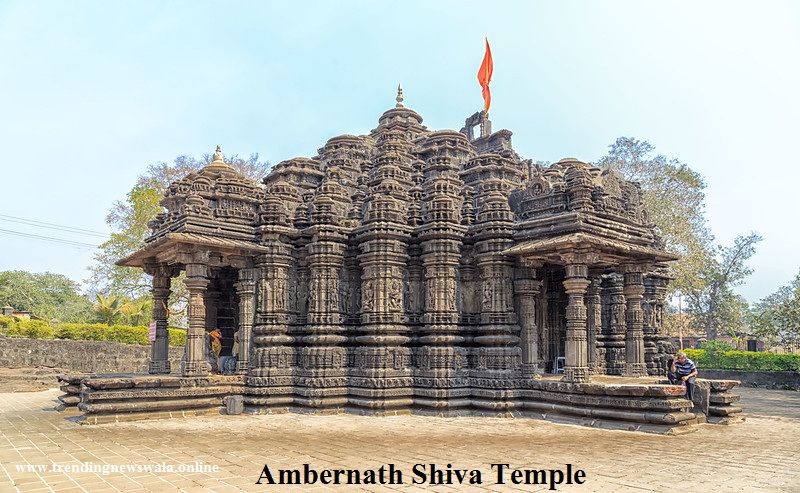 Hey Friends Do you know that Ambernath Near to Mumbai and Thane has an ancient Shiva Temple, which was constructed in the year of 1060 AD? This Temple of Shiva is also known as Ambreshwar Shiva Temple In India. It is one of 218 cultural heritages in the world, declared by UNESCO. Out of those 218, India has 25 and Maharashtra has 4.

Ambernath is a small industrial township located in the Thane district of Maharashtra, at a distance of about 60 kms to the east of Mumbai. The name Ambernath is derived from the Ancient Shiva temple, Ambreshwar which is situated in Ambernath.

The Ambreshwar Shiva temple is around 950 years old and is among one of the oldest temples in and around Mumbai. It was built in the year 1060 near the old Valdhuni river during the reign of the Shalihar dynasty. The temple is set on the slope of a barren hillock and a small stream - a tributary of the Valdhuni flows along the edge of the temple compound. The temple has been built of interlocking black stone in the "Hemadpanti" style. It is covered on all sides with sculptures of Hindu mythology, mainly the Shaiva theme.

There are three porches that give access to the main hall (Gabhara) of the temple. One has to climb down 20 steps to go in the underground sanctorum which is open to the sky. Here in the centre is the 'Swayambhu' Shiv Linga located. This temple is a protected monument maintained by the Archaeological Survey of India(ASI).

Adjacent to the Shiva temple is a new small temple of Sheravali Mata. The two temples and the stream flowing besides them creates a very picturesque and spiritual atmosphere. There is a huge fair held here every year during the Mahashivratri festival.

So, whenever you visit Mumbai do visit this ancient and beautiful archaeological monument which has surpassed the test of times and is very beautiful even today.

1. Ambernath is well connected through a railway which falls under central railways, from railway station its 2km. you can get sharing auto (15 Rs) from Ambernath east.

2. Mumbai airport is nearest airport which is 50 km from the temple.

Every Day is the Best Time to visit Ambernath Shiva Temple but if you want know the power of Lord Shiva then you must visit in Month of Sawan ( July to Aug ).

Sawan Month is Lord Shiva Month and every Hindu Visit Shiva Temple in this period of time.

This Shiva temple is ancient with immense heritage value. People come from all over the state and even elsewhere to admire its beauty and offer prayers here

You can Also visit on Maha Shivratri

The Shiva temple is in its full glory during the annual 10-day Maha Shivratri celebrations, when over 100,000 people descend here from all over the state and outside for the festivities and other cultural programmes.

Everything About Matangeshwar Mahadev