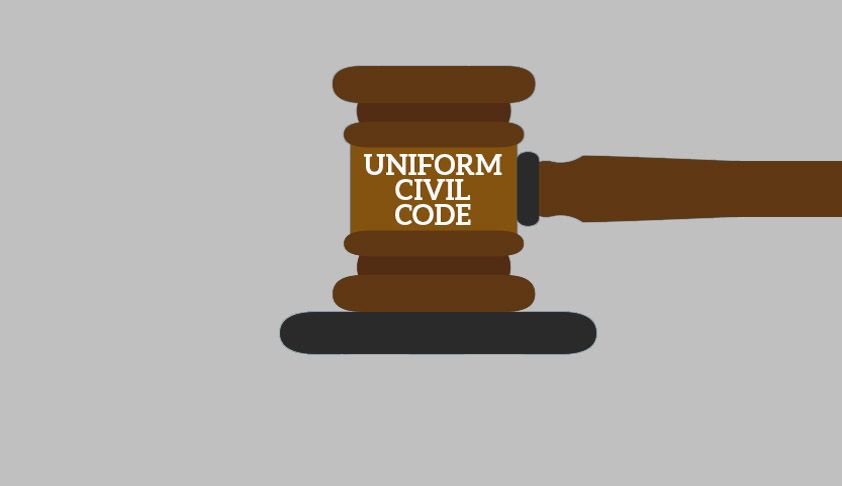 Uniform Civil Code: one nation, one rule or one size doesn’t fit all

India does have a uniform criminal code but when it comes to civil code the fact can’t be neglected that India is home to many cultures, religions, beliefs so to unify them into one code is a complicated task to perform, without injuring anyone's right to profess their religion, culture and faith. where there is a feud between the followers of Hinduism and Islamic religion who don't favor Uniform Civil code, feelings of all other minor cultural, ethnic and indigenous group are neglected. Due to the flames of this burning topic, people are now questioning Hindu Marriage Act, 1950 as drafted by some ten pundits in West-Bengal, they believe that it only states the major performed rituals by once claimed higher in the hierarchy of Hindus ignoring others.

The word " Secularism" in preamble is interpreted differently by both followers and those who stand against it.  where on one hand uniform civil code aims to integrate diversity and secure fraternity, due to conflict in views for it can be the immediate cause of violence and disharmony. The government aims to implement Uniform Civil Code (UCC) it for sure won't be easy, witnessing the amount of hatred the idea is attracting.

In 1937 , followers of  Islam  bought Muslim law into the consideration of the Britishers and they with the idea of divide and rule accepted it all heartedly, and thus people supporting UCC, questions the very foundation of personal laws as to divide the people, they believe that due the notion of one law: one nation , people can be united, bought under one umbrella of peace where everyone could reside in harmony. Almost every personal law has considered women as inferior to men and providing them with less rights and more duties, which is against their fundamental right and introduction to uniform civil code could ensure equality and equal protection of rights of men and women.

Article 25 and 26 guarantees each person the right to profess their religion and now the subjects fear that introduction of uniform civil code is going to harm their enjoyment of fundamental rights. People from various communities and religions find UCC against their fundamental rights and unnecessary but a mere stunt performed by the ruling government to earn the vote banks.

India embraces diversified communities, religion and culture within it, but drafting a uniform civil code will murder that diversity and will enforce all people to follow certain laws which is against the principle of secularism embedded in the preamble of our country and most importantly if uniform civil code is to be implemented, how will it be ensured as what to add in it and what not, what is wrong or right, this justification will differ from person to person, community to community and religion to religion, inviting an environment of unrest throughout the nation. UCC by the people standing against it is claimed not useful and whereas the equality is considered, any provision which is inconsistent with the soul of the constitution can anyway be repealed and amended. for example: Triple talaq. Caution must be taken that in hope to seek an utopia, government don’t actually end up harming the harmony of nation.

Does too much protein in a dog's diet cause health problems?