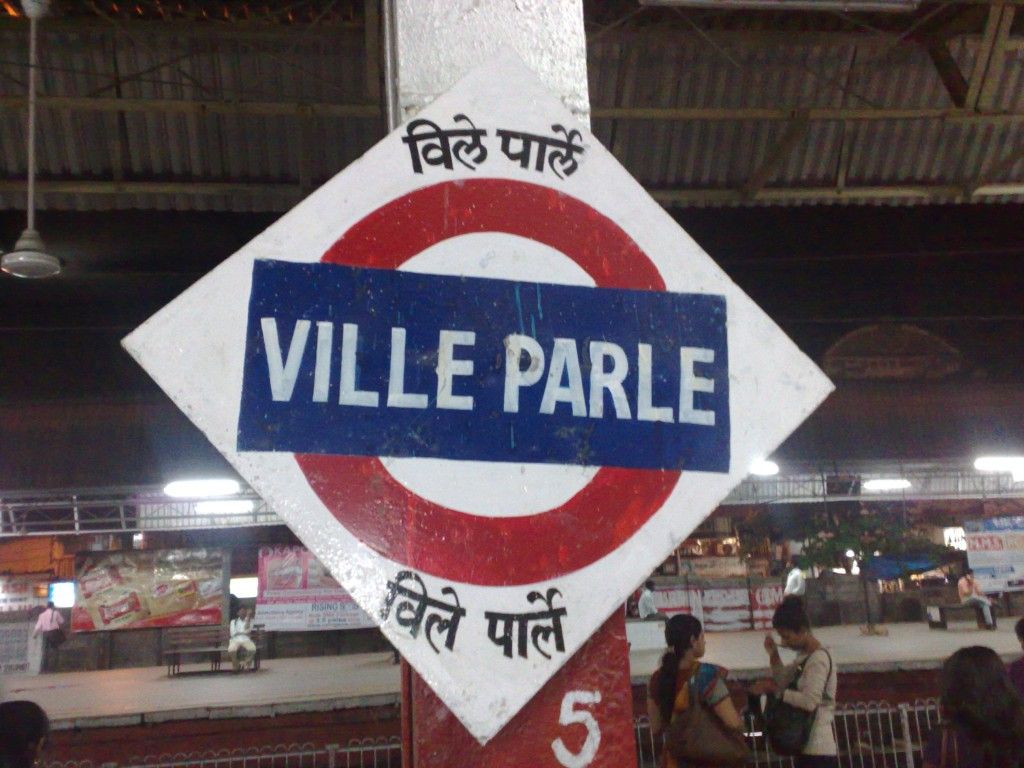 Vile Parle also known as Parle, (pronounced "Parla"), is a neighbourhood and also the name of the railway station in the Western suburb of Mumbai. Vile Parle has a significantly strong base of Marathi and Gujarati population. It serves as the location of the first Parle factory which ceased operations in year 2016. It houses Terminal 2 of Mumbai's Chhatrapati Shivaji Maharaj International Airport.

Things to do near Vile Parle

Places you must visit near Vile Parle

Gadgets, Toys & More: Shop For Almost Anything At Irla Lane In Mumbai. There are almost 20-25 stores for phone accessories and you can take your pick and even bargain in most of them!

Love south Indian dishes; this is a perfect match for you. “DHEERAJ DOSA ’’. From crispy and hot Sada dosa to spicy sandwiches all under one roof.

Diet-conscious this is the place for you. With a variety of GREEN TEA served you can have a good time with your pals. Tea villa café is known for its variety of tea and coffee.

90's Kids, Head To This Shop In Vile Parle For Your Dose Of Tasty Nostalgia. A shop in Vile Parle where we can find candy from our childhood that we absolutely loved as kids.

If you're looking to do something different without having to put up with the erratic Mumbai weather, Chai and games cafe can serve as the perfect alternative to rather routine outings.

Enjoy sports and music then this is a place for you. With the live screening of sports game and live music make your mood with excellent food and drinks.

Tucked behind a plastic store is this hidden nursery in Irla. This nursery is an extension of a plastic store called Plastico. Muddy paths lead you to a backyard-like space where you get everything from medicinal herbs to veggies you can grow in your kitchen garden.

Want to have something but not too heavy then grab a hot, crispy and yummy vada pav from “ANAND VADA PAV’’ famous for vada pav, not only students from nearby colleges but people from far places come to have vada pav too.

The café is serving all continental dishes. The place is excellent with excellent food and a right place for hangouts with friends. They serve Pizza and pasta with a heart over here.

Love French fries…, here is the place for you and your group “THE VJ CAFÉ ’’ with more than 50 delicious flavors for fries only. With crispy and cheesy fries that make you taste fries out of the world.

C.N.M. SCHOOL was the first English medium school started by SVKM in 1997. It was the dream project of Late Shri Mukeshbhai Patel since SVKM was running several colleges but had only one vernacular medium school.

Sathaye College is a college in Mumbai in the state of Maharashtra, India. It used to be known as Parle College founded in 1959 by Parle Tilak Vidyalaya Association.

Narsee Monjee College of Commerce and Economics is an affiliated and constituent college of the University of Mumbai. The college was established in 1964 by Shri Vile Parle Kelavani Mandal.

Usha Pravin Gandhi College of Management, also known as UPG College, is a college in Vile Parle, Mumbai, India that is affiliated with the University of Mumbai.

Mithibai College of Arts, Chauhan Institute of Science & Amruthben Jivanlal College of Commerce and Economics is a college affiliated to the University of Mumbai. The college was established in 1961 in Vile Parle, Mumbai by Shri Vile Parle Kelavani Mandal.

Alpha Junior College of Science And Commerce in Vile Parle is the best college with the best faculty, staff, interior, facilities.

Four Care Hospital Private Limited is a Private incorporated on 04 August 2011. It is classified as a Non-govt company and is registered at Registrar of Companies, Mumbai.

Advanced Multi-Specialty Hospital located in Irla, Mumbai is one of the best hospitals in the western suburbs of Mumbai, located in Vile Parle and Andheri.